The bones of your nose have been broken. This can produce problems with appearance and breathing. Whether your nose needs to be put back in the right place has already been decided by the doctor who examined you. The treatment that is about to take place involves a general anaesthetic, ie: you are going to be put to sleep completely.

What does the operation involve?

Once you are asleep your nose will be manipulated back in the right place. This usually does not involve having to make any cuts on the outside or inside of the nose. When the bones of the nose break the cartilages in the nose can sometimes bend and may also need to be straightened.

To help protect your nose after the surgery a splint made of plaster of Paris or a similar material is often stuck to the nose. This stays in place for around 10 days. If the nose bleeds at the time of surgery packs will be placed in each nostril. These packs are removed on the day following surgery.

What can I expect after the operation?

It is likely to be sore and regular painkillers will be arranged for you. The discomfort is usually worse for the first few days although it may take a couple of weeks to completely disappear. Broken noses usually heal without infection and it is not necessary to give you any antibiotics.

There is a variable amount of swelling and bruising around the eyes. These changes are most noticeable in the first 24 hours after surgery and have very much reduced by the end of the first week. Swelling and bruising can be reduced by using cold compresses around the eyes and sleeping propped upright for the first few days after surgery. Most of the swelling has disappeared after a fortnight but there is often some subtle swelling that can take several months to resolve although only you and your family are likely to notice this.

You usually stay in hospital for one night following the surgery and leave for home the following morning. It is not usual to X-ray the nose following treatment of a fracture.

Before you leave hospital an appointment will be arranged to remove your splint and review you in the outpatient department. It is important to keep any dressings as dry as possible until they are removed.

Do I need to take any time off work?

Depending on the nature of your work it may be necessary for you to take a week or so off and avoid strenuous exercise for this time. It is important to remember that you will not be able to drive or operate machinery for 48 hours after your general anaesthetic.

What are the possible problems?

Occasionally your nose may start to bleed again once the packs have been removed. This bleeding usually settles by applying pressure and pinching the nose. Rarely the packs need to be reinserted.

Some people who have broken noses straightened require further revisionary surgery to improve the appearance or help with breathing. This is usually not carried out for several months because it can take as long as this for all the bruising and swelling to completely disappear. 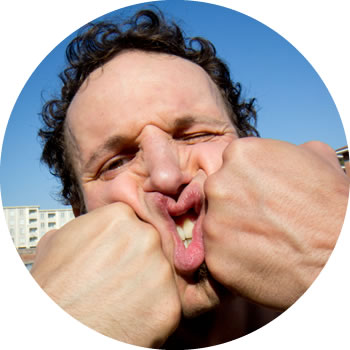